Is there a Ye Hellstorm on the way?

Is there a Ye Hellstorm on the way?

Because the hottest topic of discussion lately has been his appearance on Infowars, wearing a black mask. The Great Rapper And Ultracool Kim Kardashian Ex blabbered about his love for Adolf Hitler AND Jesus. When he wasn't talking to his bottle of Yoo-Hoo. Or something like that. Mr. West has done and said crazy things before, and is obviously a raging narcissist, a publicity hound, a hypocrite, and really enjoys triggering people. (If he had been in Berlin in 1938, chances are good that the Nazi regime would have either forced him out of the country, or shot him.)

This time he went a little too far---thousands of his loyal fans are dumping him. The fan subreddit is being turned into a Holocaust memorial. IMO making a guy like that into a "role model" is always a bad idea. Most entertainers make miserable people, much less decent role models. Never stops anyone from worshipping them.

Thing is, since 2004 he's been one of the world's most popular recording artists AND producers. Wikipedia has a massive, slobbering pile of crap content venerating Kanye. Most of the articles in the category (1,161 articles and files) tend to be very long and full of insane detail, especially the ones about his albums. The main article is one of the longest biographies on all Wikimedia sites. Plus these deeply useless lists. It's pure fanboy fecal matter.

Since Wikipedia insiders are famously left-leaning and intolerant of opinions and people they dislike, will some nameless maniac robot-editors start chopping down the vast monument they host to the Glory of Ye? Place yer bets.
-----
http://www.logicmuseum.com/x/index.php/ ... king_Glass
Top

Re: Is there a Ye Hellstorm on the way?

Yeeeeeeeee wait for it eeeeeeee -- Ye, well NO! No shitstorm!
(hard to tell because you indicated that there are grazillions of YE pages on Ye old Wikipedia, Yeah!

To standard it would need to say


Ye, formerly known as Prince, (identifies as Nazi and uses the personal pronoun Anführer der Fotzen) and who is really Kanye Omari West - is a bat shit crazy American rapper, songwriter, who likes to tap [[PAWG]]'s including Kim Kardashian and smoke chronic with homie Alex Jones . As a syphilitic long-haulder, he does not realize that the Nazi's did not kill many black folks only because there were only about 24,000 schwarze Ausländer's in the house at that time. 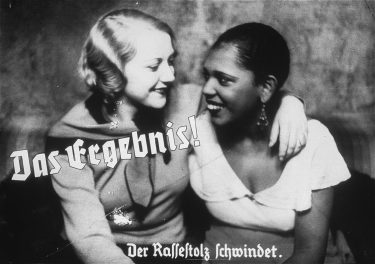 A PAWG is a Phat Ass White Girl. Phat meaning a nice round onion butt that when you screw her doggy style, it gives the right amount of cushioning.

“Anti-intellectualism has been a constant thread winding its way through our political and cultural life, nurtured by the false notion that democracy means that 'my ignorance is just as good as your knowledge.'” Asimov
Top
Post Reply
2 posts • Page 1 of 1