Other than disaster relief, the carrier's few other departures from port are for a single training day per month[9], and transportation of the Royal Family of Thailand,[citation needed] leading to claims by some naval commentators that the ship is merely an oversized royal yacht.

Why not, nearly every rich-asshole superyacht I've ever seen was exceedingly ugly and oversized. They tend to be owned by only two kinds of people: Russian oligarchs and Arab princes.....

Other than disaster relief, the carrier's few other departures from port are for a single training day per month[9], and transportation of the Royal Family of Thailand,[citation needed] leading to claims by some naval commentators that the ship is merely an oversized royal yacht.

Why not, nearly every rich-asshole superyacht I've ever seen was exceedingly ugly and oversized.

This is Steve Jobs' abomination. What on earth was he thinking of? 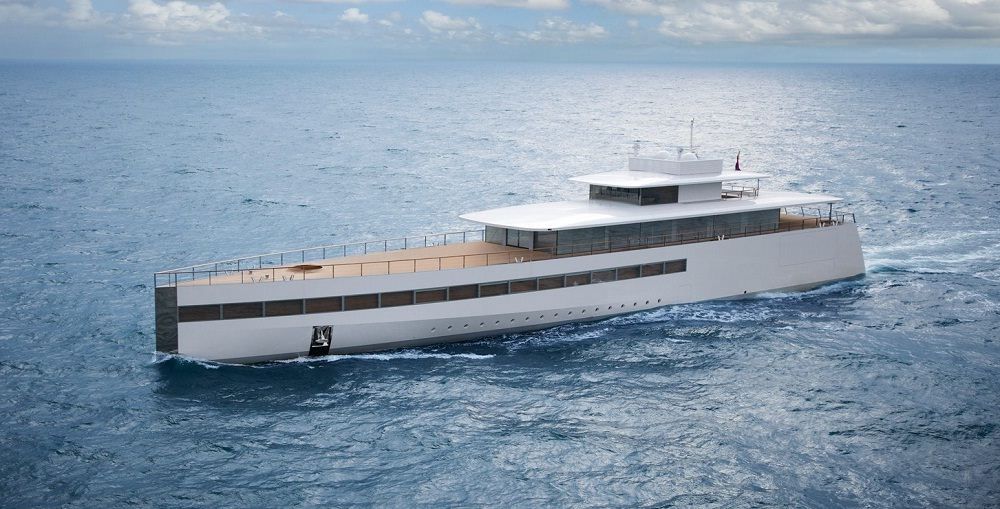 It's unique, because it's Apple.
Still... it's a floating iron of the 19th century kind.
Fukkin hilarious.
#Bbbgate
Top

Anyone wrote:EDIT. Some pics and blurb about J.P. Morgan's Corsair IV

There's no Wikipedia article about this, btw, so if you wanna give it a go ....

So, reading this fascinating page, some facts:
Corsair IV, launched in 1930. Handed over by the Morgans to the British Admirality until the end of WWII, when it was returned to the Morgans and laid up. Purchased by Pacific Cruise Lines in 1946, and thoroughly refitted to be a "genuine passenger cruise ship." Maiden voyage, September 29, 1947. Apparently phenomenally successful in what was at that time a booming luxury cruise market. Reading this, I was wondering "how long will this last?" The sea is unforgiving.

"Then suddenly on November 12, 1949 whilst on a Mexican Riviera cruise, SS Corsair struck a rock and being in danger of sinking, she was beached at Acapulco. Her crew and all 55 passengers took to her lifeboats and went safely ashore. . . . She was examined by her marine experts and owners, however it was determined that the luxury cruise ship was a total loss, and thus she was abandoned to “Davy Jones’ locker.” Today divers go down and look at this once great lady of the sea and they can only imagine her grandeur that once was."

There is are photos of the ship before she began to list severely and then in stages of sinking.

All that incredible elegance, gone in two years. At least nobody died. The sinking was slow and they had enough lifeboats.
Top

Anyone wrote:This is Steve Jobs' abomination. What on earth was he thinking of?

wish they had buried him in it--but no, we are not that lucky. The wife got it and apparently rents it out, but claims she's not.
https://en.wikipedia.org/wiki/Venus_(yacht)
https://www.yachtcharterfleet.com/luxur ... /venus.htm

I kind of like the yacht Venus. Clean lines, pure function, or so it seems. As to the article on his widow, most interesting to me was the report that she approached him at a lecture in 1989, and they had dinner together that evening.

Then her romantic interest is claimed to be Adrian Fenty. Actually, that article seems more of a professional job. Something quite missing. According to the article, a long list of accomplishments (some of which I knew a little about). He was elected mayor of Washington D.C. in 2006, having won the Democratic primary 57%:31% and the election with 89%. However, he lost the next primary by a substantial margin (54:44). What happened? Why? No clue in the article. Only glowing descriptions of his achievements, which do seem awesome. There is one mention of a primary opponent being paid to disparage him, which seems extremely unlikely to explain the large gap for an incumbent.

One quotation from him could be a clue. From his previous election:

Fenty said he would take his uncompromising style to the mayor's office, and cited with approval, Margaret Thatcher's saying that, "Consensus is the absence of leadership".

Thatcher got it backwards. Consensus is the proof of leadership that actually leads rather than simply commanding, which can be mistaken for leadership. He failed to maintain rapport with the public, my guess. To be sure, he may also have offended various interests, but nothing is mentioned in the article about a serious campaign against him. He had plenty of money for the primary campaign, and he had the endorsement of the Washington Post and the Washington City Paper. But the article on the man who defeated him mentions that the Post had noted that a "poll's results were an indication of voters' disapproval of Fenty." Why? Primaries tend to reflect more highly motivated voters. It's obvious that Fenty was quite popular with many, there were apparently many write-ins for him both in the Republican primary and in the general election. With the negative poll results, I'd have thought that serious Fenty supporters would have turned out for the primary. Did they?

I think the article may have been white-washed, which is not any kind of negative opinion of Fenty on my part, just that those results with *nothing* to explain them in reliable source seems odd to me. Fenty is obviously intelligent, personable, and competent.

One hint on the talk page. There were reliable sources in material added by this user, rather obviously a DC resident, but the first item I looked up was trivial BS, a tempest in a teapot over a fine upstanding friend of Fenty's with a very good name. Lomax. However there was also RS mention of Fenty's primary opponent, "Gray has relentlessly criticized Fenty in campaign appearances, accusing the mayor of mismanagement and "cronyism" -- particularly as it related to more than $80 million in parks and recreation contracts awarded to firms owned by Fenty allies." The actual story does not particularly support Gray's claim. Another story from the Post was vague as to Fenty himself. The Washington Examiner was cited. The article is gone, not on archive.org. The title, allegedly: Fenty-construction-contracts-called-illegal-by-D_C_-council.
Top

The Shaddai is a concept unveiled 3 years ago. Surely no one will ever buy it. Forbes has the details: The Sailing Yacht A is real. Yes, it exists.

Commissioned by Russian billionaire Andrey Melnichenko and launched in 2015, it's just over 140 meters long and cost an estimated $360 million. 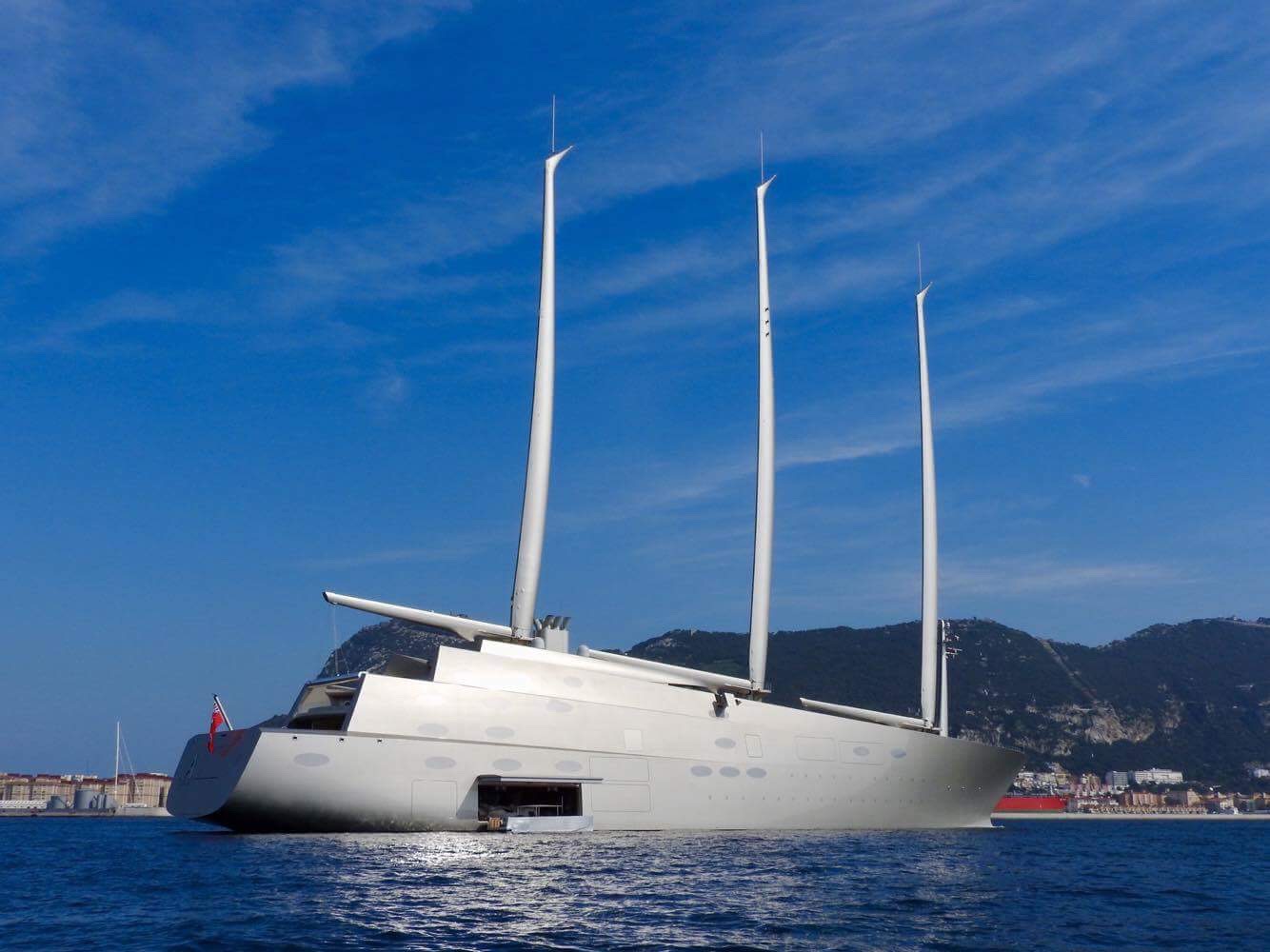 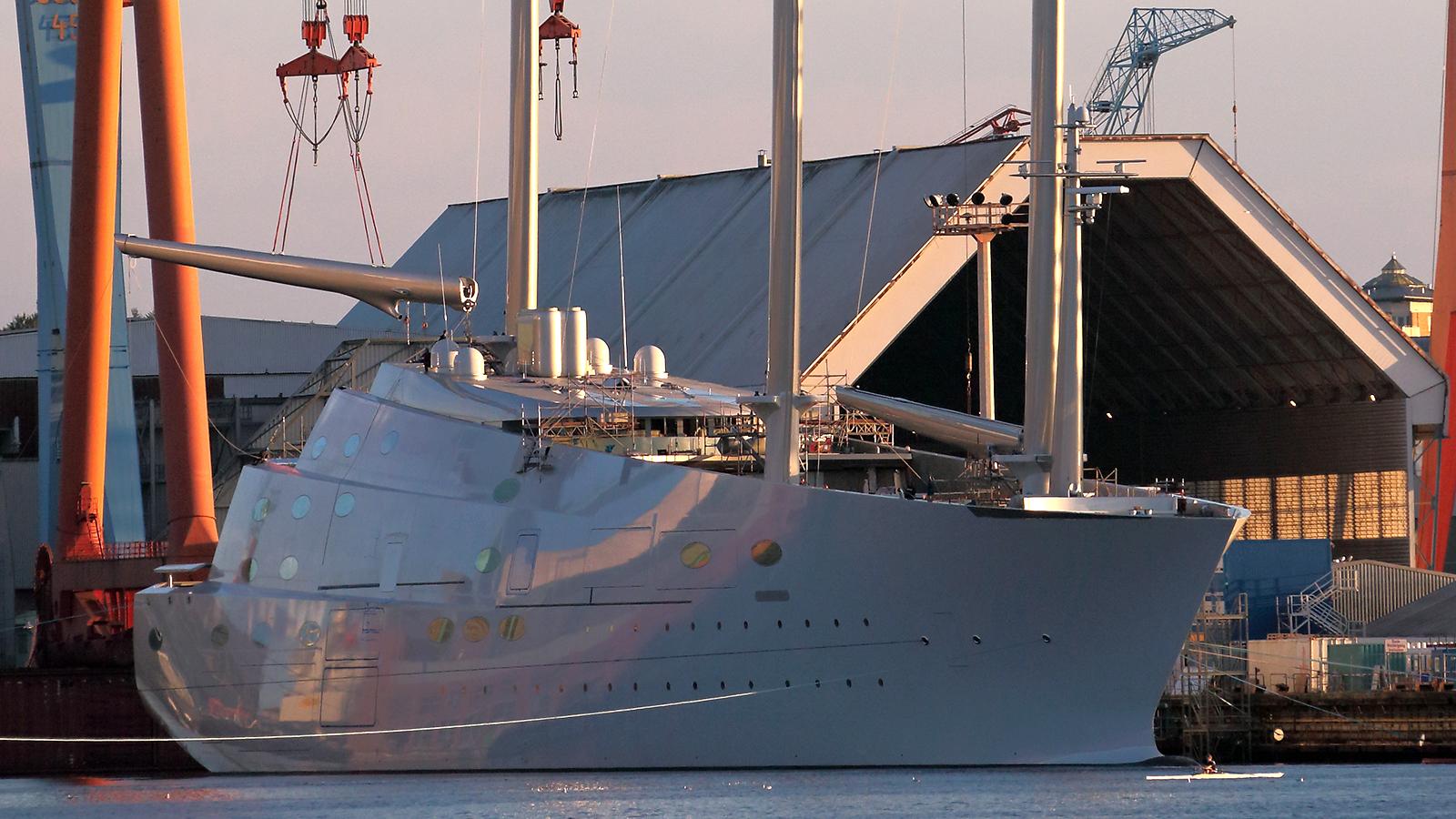