And speaking of libertarians, BITCOIN LOL

Now THIS is an accurate commentary:

I bet this blogger is getting death threats from Bitcoin fanboys.

Only a species that had gone entirely insane, and consciously intended to wipe out life on Earth would ever consider such a process. But any species that could actively celebrate and expand it — must be understood as both emphatically suicidal and openly omnicidal. In short: they intend to kill everything, anything, and themselves — and are hell-bent on the continuous and unlimited expansion of this agenda.

A new wrinkle: Satoshi Nakamoto might be Paul "Solotshi" Calder Le Roux programmer/criminal cartel boss according to Jeremy Wall at COIN Hooked, one of the "financial news" sites that watches the ongoing cryptocoin scam while trying to profit off it.

Of course there is a Wikipedia connection:

Self-proclaimed Satoshi Craig Wright is being sued by the Kleiman family on accusations that Wright defrauded and stole over $11 billion worth of BTC and hard drives from the now deceased Dave Kleiman, a noted computer forensics expert who’s suspected by some to be Satoshi Nakamoto.

Wright and Kleiman were business partners until Kleiman died in 2013.

The lawsuit that’s unfolding in Florida courts has been filled with bizarre theories, misdirections, forgeries, and mistruths which were often presented by the defendant, Dr. Wright.

Among the bizarre things brought forth by Wright is Document 187, “Dr. Craig Wright’s Motion For Protective Order.”

According to Wright, some of the evidence that supports he is Satoshi and that the $11 billion worth of bitcoins is his own, includes sensitive information about his ties to criminals and his involvement in their apprehension and incarceration.

Therefore, Document 187 has been redacted so that the criminals included in the document would not learn of Wright’s involvement with their arrests and seek repercussions against him.

However, unfortunately for Wright, whoever was redacting the document failed to to blackout one of the corresponding footnotes that identifies the criminal kingpin in question, Paul Le Roux.


[Photo of URL links should be here]

As seen in the footnote above, a partial URL is visible that leads to a Daily Mail article that calls Le Roux a:

Also, the unredacted footnote clearly contains a link to Paul Le Roux’s Wikipedia page, indicating that Le Roux may very well be one of the criminals that Wright is afraid of repercussions from.

Beyond this, Wall uses the fact that Le Roux created the E4M encryption software which became TrueCrypt, similarities in writing styles between Le Roux and Nakamoto, the fact that Le Roux was talking about doing a decentralized peer-to-peer money system years before Bitcoin, and many other interesting coincidences, to make his case.
A sockpuppet of Strelnikov, without NOW with the Admin powers of Strelnikov.
Top

And I suspect both Le Roux and Wright will probably die in prison. Regardless of who "Nakamoto" is or isn't. Those 1 million Bitcoins are currently worth about $8 billion, easily worth killing or framing people. Even with the lunatic rise and fall of BTC prices there are plenty of sleazy people willing to ruin anyone to get those hard drives.

Seen Le Roux's WP article? If one-tenth of this is true, he's a total dangerous lunatic. Even if Ian Fleming had taken LSD he wouldn't write a story this psychotic.
https://en.wikipedia.org/wiki/Paul_Le_Roux

And there's the massive Atavist article series about him. Long and tedious in places.
https://magazine.atavist.com/he-got-greedy
Top

In Bitcoin news, now we have another claimant to the Nakamoto name, UK citizen Bilal Khalid, who has legally changed his name to James Caan (!!) and nobody at Reddit's r/Buttcoin subreddit believes any of it. Which includes "dime store Nosferatu" David Gerard. 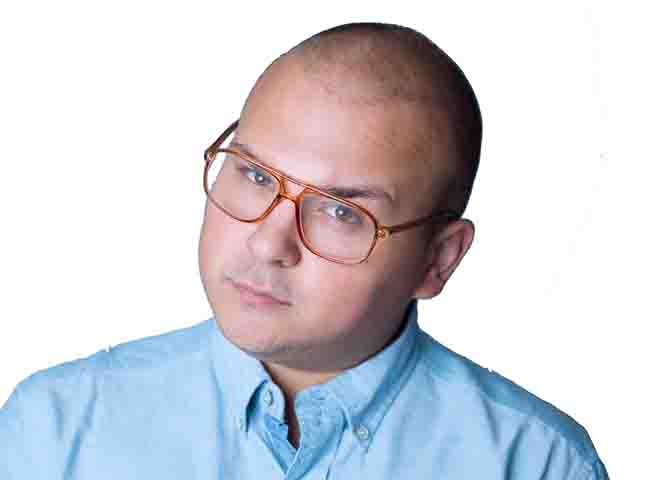 Photo of standup comedian Stavros Halkias as comparison.
Still "Globally Banned" on Wikipedia for the high crime of journalism.
Top

Let's see, what is a BTC selling for today? Hovering around $10,600 right now. It's a "volatile commodity". But that is not especially unusual.

Hope you don't own any PG&E stock.