For serious discussion of the "major" forum for Wikipedia criticism and how it fails.
Forum rules
Post Reply
21 posts

Anyone wrote:In the 12 hours or so since the thread was started, Abdul has contributed 15 posts with about 4000 words.
Utter madness.

He has a lot to say, more than one would expect. But he makes sense, even when bringing up topics having weak connection to the original. Madness would not make sense. If he's opinionated, well, let him be, it's a place to share one's opinion.

All good. I'll give the guy a break.
Top

Time to take another look at Vigilant's OCD issues and see how he's coping with this troubling mental disorder.

Thread: Fram blocked by User:WMFOffice for 1 year
Vigilant posted at ....

Thread: The WMF gets ready to steamroll the community
Vigilant posted at ....

NOTE: I can't access the private forums, but have little doubt Vigilant's mischief continued in these hallowed spaces.
Top

Vigilant's pathetic sock has been sent to the great Wiki in the sky:

The account was set up to support Fram's RFA, but Vigilant also edited something he's part of. It's an organization called the Spastics Society for Creative Anachronism Activities. Here, born losers dress up as Medieval knights and hit each other with wooden sticks. Ideal entertainment for sad-faced keyboard warriors. 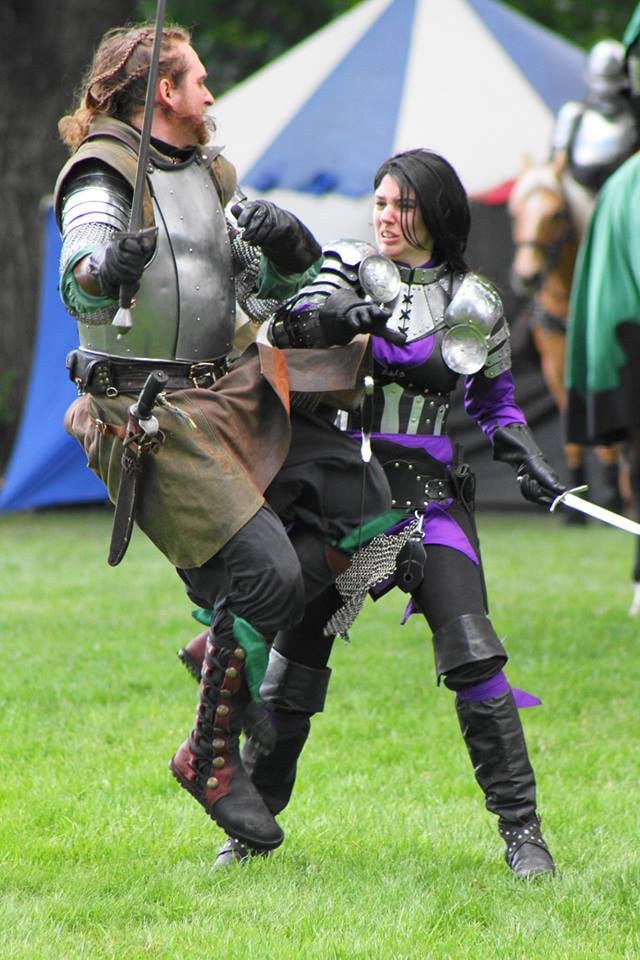 Anyone wrote:Some nice examples of obsessive behavior over on Reddit right now. This time the culprit isn't Vigilant but Abdul "no money" Lomax.

In the 12 hours or so since the thread was started, Abdul has contributed 15 posts with about 4000 words.

First of all, "no money" is how I've been described. It is not accurate. I'm retired, with erratic sources of some extra income, unpredictable. But I have enough. I'm active on two sites that lead me to Reddit posts. One is the WPO Discord server, which has a bot that reports all posts to the subreddit WikiInAction. The other is Reddit itself, I'm very active on the Sudoku subreddit, normally several times a day, which is the tip of the iceberg, because I research what I write, it can take hours for one post. but 15 posts to that subreddit seems like a lot. What would fuel those, especially, would be Reddit notifications that someone has replied to a comment of mine. Most of the day, most days, I am logged into Reddit. That has only been going on for a few months. What Anyone is commenting on happened 13 days ago, in a particularly active thread.

Breaking this down into threads:

That is an unusual level of activity in a WiA thread. The OP actually engaged, so there was quite a bit of back-and-forth. In addition, I commented originally without having identified the user and the actual problem. I came back with that information, since he had announced it to the world (elsewhere.) His comments did not quite make sense, but I do AGF and kept asking him for clarification. He stopped responding, his privilege. And this all means what? I'm a writer, spend almost all my time writing, for substantial periods. I get notifications on Reddit whenever someone responds to me, and I'll often continue the conversation if I think it might be useful.

Inferring "obsessive behavior" from this essentially identifies as obsessive any serious engagement with others. I tag the throwaway trolls, briefly, because I track the behavior of this sock master, and he often deletes his accounts -- or they are deleted by Reddit -- and become very difficult to find, and certainly to correlate. Is that "obsessive"? He certainly thinks so. You wouldn't happen to know him, would you, Anyone? After all, you could be . . . anyone. (But this would certainly be new behavior.)
Top

It's just a stinky sock, Abd. And a privacy violator, a fantast (Black sheep, me?) and a kind of machine gun autist who made the most strange combinations and who draw absurd conclusions because he does't recognise trivia.

And if it is Alexander is it a huge scandal as a formal WMF man to hide himself behind a nick, Abd, and for sure to misuse confidential material for his rants and to atack his formal colleges in this creapy way. But beware, if it is Alaxander, something you guys know better than I.
Top

Anyone wrote:I'm very active on the Sudoku subreddit, normally several times a day, which is the tip of the iceberg, because I research what I write, it can take hours for one post.

Time to see what mischief Vigilant was up to on Saturday. Has he overcome his OCD issues, or is his obsessive disorder still getting the better of him? Let's investigate.

Thread: Fram blocked by User:WMFOffice for 1 year
Vigilant posted at ....

Thread: Outcomes of a harmonization sprint - whatever that is
Vigilant posted at ....

I can't access the private forums, so I'll hazard a guess and say Vigilant made a total of 25-30 posts on Saturday.
Top

Bump this thread. Gotta give the content creators their due prominence. Like Cassianto and Kumioko, they do ----, even if it's nothing to write home about, just sort of, well, busy work, like someone was -- bored while running their company (he runs a company, did he tell you?) and wanted to kill some time doing something that appeals to the sort of mind that likes looking at numbers and organizing and ranking stuff. You know the type. He probably does too. The Doctor told him all about it I bet. Good that he has a way to self-medicate. Shame it had to destroy the forum, but I guess it's what this place does now. Treatment.
Last edited by JuiceBeetle on Fri Oct 11, 2019 11:53 pm, edited 1 time in total.
Reason: Moderated: removed cursing, so I don't delete the post.
Top

In WO's early days of 2012-2014 I was usually the top poster on a weekly basis. I think I was averaging about 10 posts per day. They tended to be either short, or longer and based on book-wiki material or somesuch. And usually they were serious discussion items. (Yes, at one time there was "serious discussion on Wikipediocracy". Shocking.) During this same period I was also authoring a number of usually-original posts for their blog (RIP).

If Vigilant is posting like this routinely now, he's FAR beyond mere "obsession" and into the deep-OCD ultraviolet. Very little of what he writes is "serious criticism" or factual, which was always true in the past that I recall. No wonder he wanted me and Andreas and Kohs out of there. He is turning it into the Vigilant Official Bitch Playground.

So much for "actual Wikipedia criticism".
Top

This is actually the most enjoyable of the interminable Vig threads.